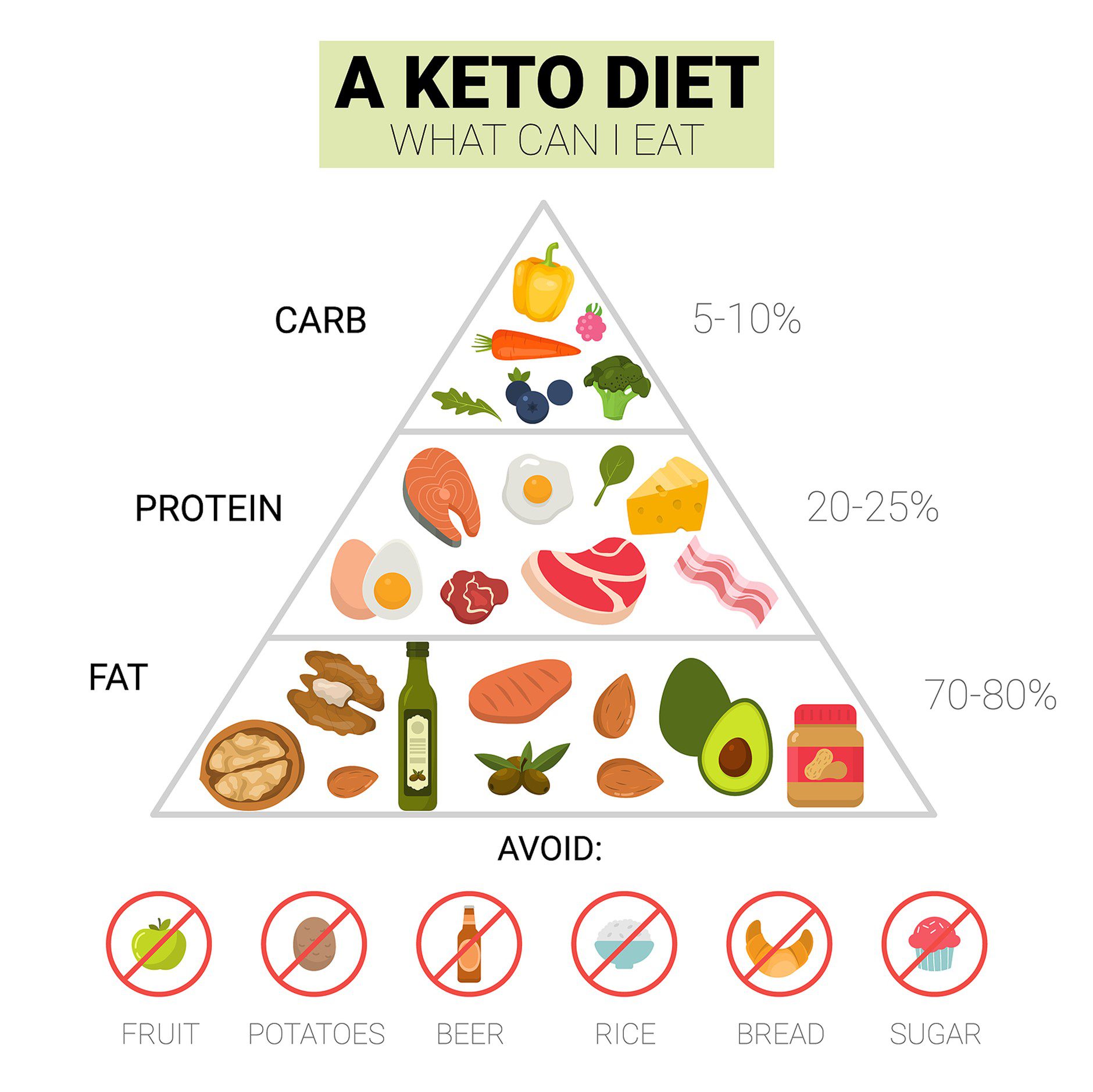 A highly rigorous low-carb diet is used in ketogenic diets to force the body into a condition of “ketosis.” Although the proportions of fat, protein, and carbohydrates in each diet, as well as other unique aspects of each diet (such as “phases”), can vary, this general term can cover diets like the Atkins diet, Dukan diet, and LCHF (low carb, high fat) diets like the banting diet.

What exactly is ketosis?

Under normal circumstances, our bodies obtain energy from carbohydrate sources via glucose. In the absence of glucose, a condition known as ketosis develops. This is a condition in which the body uses fat as its primary fuel source rather than carbs. The liver uses fat storage to make energy when we don’t eat carbohydrates. This energy takes the form of (and also produces) molecules known as ‘ketones.’

In a medical setting, how are ketogenic diets used?

Ketogenic diets were initially created to treat epilepsy in children because they appear to lower seizure frequency. It should be mentioned that using the diet in this context should only be undertaken with the supervision of a qualified medical professional. The diet was picked up by the mainstream media and marketed as a weight loss plan due to its medical origins; we shall analyze the diet in this context for the sake of this article.

What foods are permitted on the ketogenic diet?

This eating plan contradicts most people’s understanding of a healthy, balanced diet that typically promotes the consumption of protein, fat and carbohydrates. From an evolutionary perspective, ketosis is a normal adaptive response which enabled humans to withstand periods of famine throughout history. A variety of low-carb diet regimens now make use of this inherent physiological function. Following such a diet entails substituting carbs with foods high in fat and protein, which may have negative implications for some people if followed for a long time. Consuming high-fat foods is likely to increase your saturated fat intake, which the UK government recommends we restrict to 30g for men and 20g for women. High dietary protein levels may be an issue if you have an underlying kidney problem. However, most ketogenic diets provide moderate rather than high protein quantities.

Is it practical, and does it help to lose weight?

In general, ketogenic diets result in weight loss and may help diabetic individuals with their insulin sensitivity. A ketogenic diet results in more significant long-term weight loss when compared to a low-fat diet. However, the long-term success depends on your capacity to modify your eating patterns once you adopt a more balanced and healthy food philosophy.