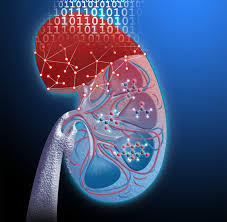 Chronic Kidney Disease of uncertain etiology (CKDu) is considered unresolved environmental nephropathy. CKDu is still increasing rapidly and gaining much attention all over the world. In Sri Lanka, CKDu has been reported to be common and increasing in prevalence. Furthermore, it is widely reported in geographically discrete regions of North Central and North Western provinces and is also appearing in Uva, Eastern, and Northern Provinces. Recent reports indicate that CKDu is emerging within farming communities. The CKDu has already become a major public health problem resulting in immense social, economic, and health impacts. However, irrespective of the causes it is also assumed to have severe socioeconomic threats to the households affected by the disease in particular and to the whole society at large. 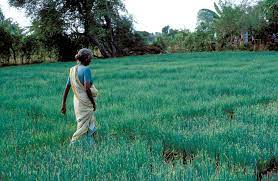 It was also noted that CKDu is asymptomatic until it reaches the later stages. Clinical presentation was often late, with many patients presenting in end-stage. During the last two decades, CKDu has been causing considerable morbidity and mortality among this agricultural community. Current theories contend that the occurrence of CKDu is multifactorial. However, as the kidney is a vital organ in the body it is essential to find out the exact root cause of this lethal disease. Each kidney contains around a million units called nephrons, each of which is a microscopic filter for blood. It’s possible to lose as much as 90 percent of kidney function without experiencing any symptoms or problems. Hence, most of the time CKDu has not been detected until it damages more than fifty percent (50%) of the kidney function. Therefore, many of the affected individuals had been ended up with death or end-stage renal failure (ESRD). Hence, it is also known as a silent killer. This ESRD requires immense health care support and has become one of the major health burdens in Sri Lanka. Therefore 5% of the annual health budget has been allocated for the management of renal diseases. Of the 5%, most of the part is assigned for the management of patients with ESRD.

There are known factors for CKD but in CKDu the etiology remains unknown to the date. Because of this uncertainty and the remaining asymptomatic until advances, this has led to rapid progression. This emphasizes the importance of early detection of CKDu for a better prognosis. However, kidney biopsy is considered the golden standard for the diagnosis of renal diseases and it remains the same for the CKDu. Hence, this golden standard procedure is invasive, having complications and poor compliance, the concept of human proteome discovery in medicine is becoming important. Altogether, it is evident that a more efficient, sensitive, and specific diagnostic procedure is needed for early detection and to confirm the diagnosis of CKDu. Hence, a next-generation biomarker is needed for the understanding of renal diseases. Due to the development of genomics, epigenetics, transcriptomics, proteomics, and metabolomics, the introduction of novel techniques will allow for the identification of novel biomarkers in renal diseases. Biomarkers suitable for monitoring CKD ought to have narrow biological variability to improve the assessment of longitudinal changes. Moreover, it should not be influenced by age, nutrition status, or concurrent health concerns. A good biomarker should provide rapid, non-invasive, and specific measurements correlating well with kidney tissue pathology. Furthermore, good markers should be highly sensitive, specific for renal diseases, correlate with histopathological results of renal biopsy and disease progression, and enable the identification of early stages of renal impairment disease and prognosis.

The concept of biomarker discovery in medicine is becoming increasingly important due to its potential for early screening, more effective treatment, and a more personalized approach to medical care. “A biological marker (biomarker) is a characteristic that is objectively measured and evaluated as an indicator of normal biological processes, pathogenic processes, or pharmacologic responses to a therapeutic intervention.” The biomarkers could be identified at any level along the genome–phenome continuum and could be genomic
biomarkers (DNA or RNA), proteomic biomarkers (proteins), or metabolic biomarkers (metabolites).

Proteins are known to be the workhorses of the cells. Animals respond to any stimulant through proteins. There are around 20,000 proteins in the human body along with duplicated ones. Proteins have many functions in the human body. They are, growth and maintenance, cause biochemical reactions, acts as a messenger, provides structure, maintains proper pH, balances fluids, bolsters immune health, transports and stores nutrients. A proteome is the entire set of proteins expressed by an individual at a certain time. Every individual has a unique proteome to detect protein expression patterns at a given time in response to a specific stimulus. Similarly, human proteomes are providing optimal sensitivity and specificity in disease detection since they can reflect with accuracy the disease complex molecular phenotype. The study of the proteins is mentioned as proteomics. Proteins can be subjected to various post-translational modifications, making them dynamic to external changes. Proteomics helps to detect these modifications in a broader context. In this case, it is worth evaluating novel molecular markers (proteomes) in easily available human plasma or urine, to differentiate clinical phenotypes of CKDu. Amongst, urine is considered as the most suitable source for biomarkers, as markers resulting from pathophysiological processes in the kidney are directly deposited in the urine. However, some scientists have suggested that identifying a marker panel will be more reliable rather than working with one single marker. And also these markers/markers should be highly sensitive for the early stages of CKDu and cost-effective for community screening procedures which helps for early diagnosis ultimately helps to overcome the disease burden in the country.

Finally, we like to declare that, CKDu usually progresses silently, often destroying most of the kidney function before causing any symptoms. Therefore, early detection will be an alarming turning point to overcome this health burden. Further, proteomics will not only support in identifying robust protein biomarkers for early diagnosis of CKDu also understanding specific altered biological pathways and their key centers (therapeutics targets), possible disease etiology and dissecting molecular heterogeneity, etc.